“And the mountain near the Kazan River is so high, that you can embrace it only with eyes shaded; the town lies on it, and the tsar palace and mosques exceedingly high, stony, where their dead tsars were laid to rest, and the number of them as I remember is five… ”
Andrey Kurbsky,
politician, 16th century 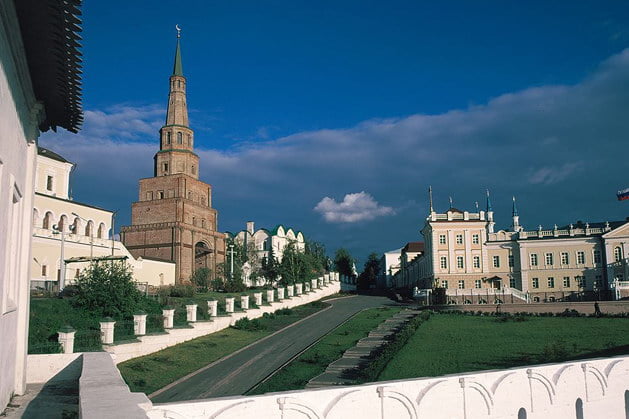 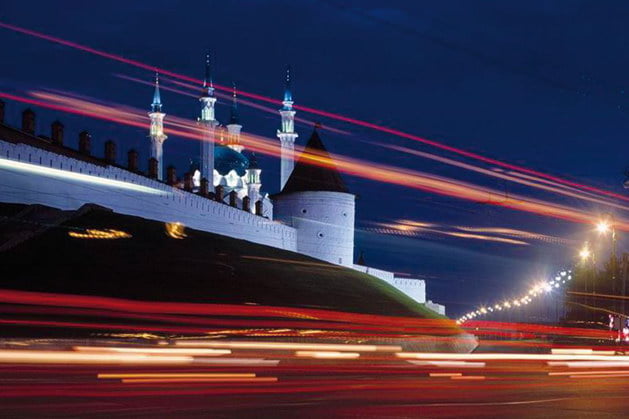 The Kazan Kremlin – the ‘heart of Kazan’ – is located on the hill over the Kazanka River. In the first half of the 16th century the Kazan Kremlin was a white-stone fortress, before that the outpost had been defended by massive oak walls. 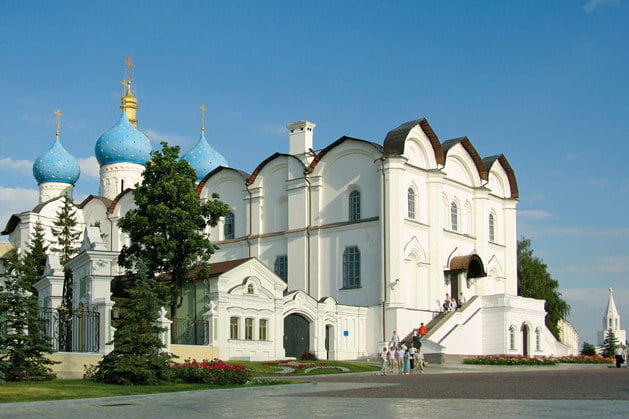 There is a whole range of architectural monuments on the territory of the Kazan Kremlin, among them the Syuyumbike Tower, Governor’ Palace (current residence of the President of the Republic of Tatarstan), Public Offices, Cadet School, archeological remains of one of the most representative buildings of the complex of the khan’s court that were turned into museums, khan’s mosque and tombs of Kazan khans dating back to the 15th-16th centuries. The Kul Sharif Mosque and Annunication Cathedral stand side by side inside the Kazan Kremlin and represent a perfect example of a peaceful coexistance between two religious confessions. 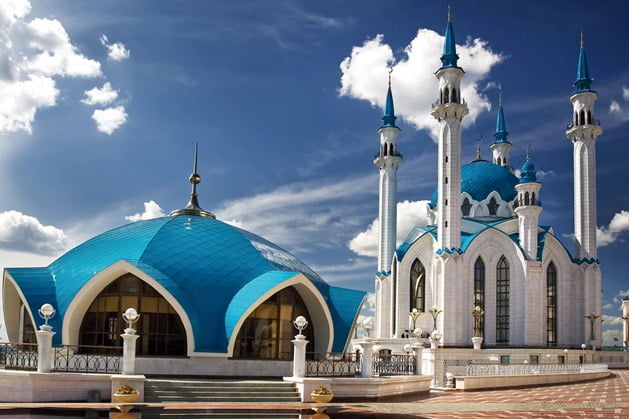 In 2000, the Kazan Kremlin was included on UNESCO’s World Heritage List.